International students and skilled migrants are heading into 2020 facing an uncertain future due to a “chaotic” implementation of new regional visas.

Migration agents say the impact of the federal government’s latest overhaul of the migration program, including a cut in permanent residency visas, is just starting to be felt.

“It really is a brave new world in terms of our migration program in 2020,” migration agent Ben Watt told SBS News.

Mr Watt, who advises many international students at Melbourne-based SeekVisa, said it had become increasingly complex for visa applicants to navigate the system due to frequent changes in the last two years.

Successful applicants will be required to work and stay in a regional area – considered anywhere in Australia outside of Brisbane, Sydney and Melbourne – for at least three years, at which point they will be eligible for permanent residency.

While the federal government announced the regional push, it is largely up to the states to implement the reform as state sponsorship is required for the majority of the 25,000 allocated places.

States determine who is eligible for the visa based on qualifications, profession, age and time spent in the region.

Migration agent Kirk Yan suspected the criteria and quotas set by the states meant the real number of visas issued this financial year would be much lower than the 25,000 set aside by the federal government.

“Lots of work has been done at the federal level but I don’t see a clear coordination between federal and state level,” Mr Yan, who works at migration agency New Stars in Melbourne, told SBS News.

The agent said he’d been told by ACT migration officials that they expected to issue only 200 state sponsorships for the new regional visas.

“All these numbers do not add up,” Mr Yan said.

An ACT government spokesperson confirmed the quota for skilled visas in 2019-20 would remain at 1,400 places – the same amount set aside the previous financial year when the nation’s capital did not have access to the previous regional visa.

Mr Yan said many states required visa applicants to meet a “loyalty test” such as having already lived in the area for at least one year, ruling out in the short term thousands of graduates who have studied in Melbourne and Sydney.

For successful applicants, it’s a daunting road ahead to permanent residency.

Melbourne University graduate Jason, who is originally from China, is among the first recipients of the new regional visas.

Jason, who did not want his last name used, secured Tasmanian sponsorship and the visa in December within one month of submitting his application.

He hopes to find a job in Hobart in finance or accounting, in line with his qualifications, but is worried about meeting the income threshold. 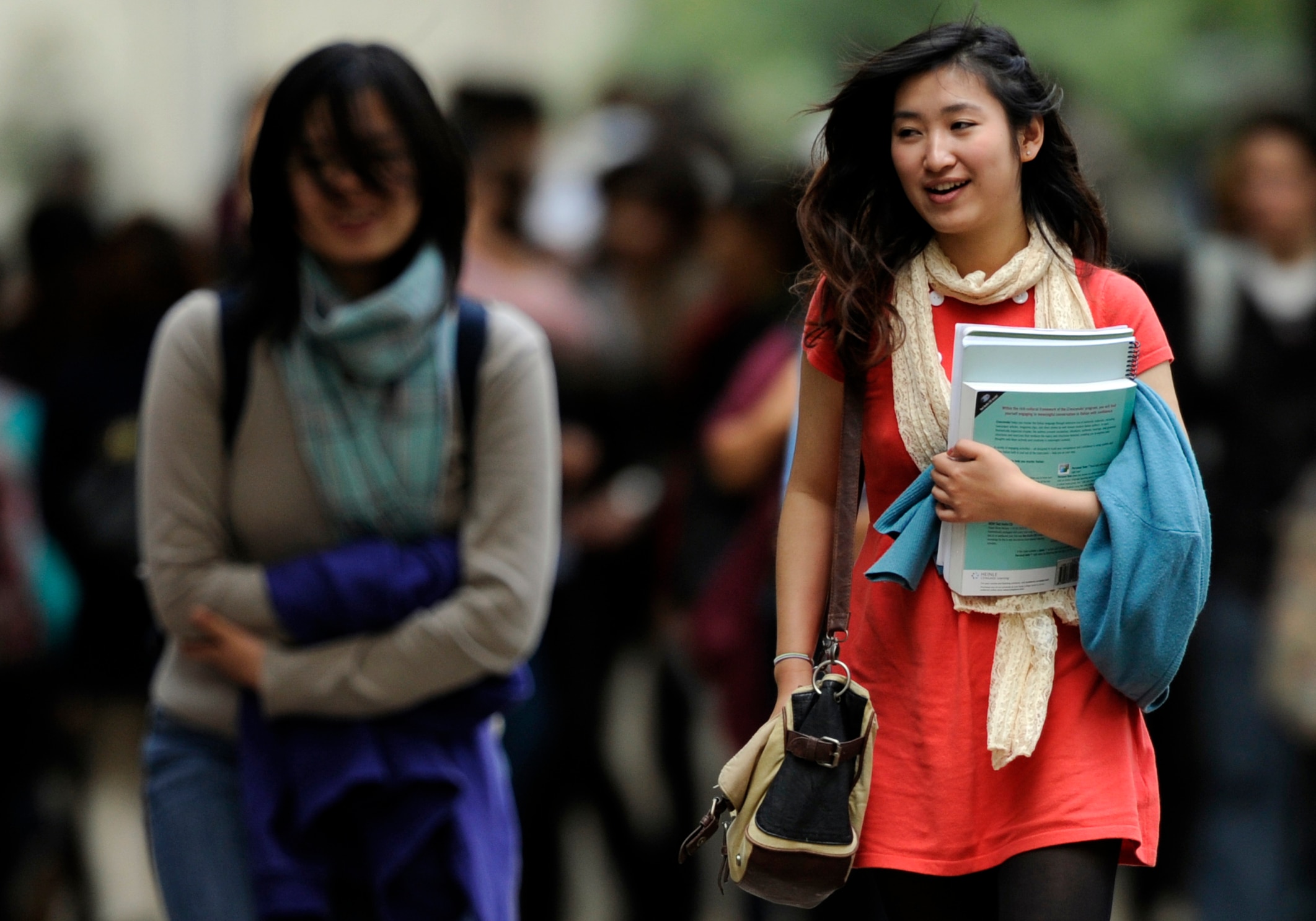 The new regional visas replace the subclass 489 regional visa and require visa holders to stay an extra year in the regional area, earning a minimum of $53,900 a year to qualify for permanent residency.

“I have to stay one more year in regional areas where there are less opportunities for our international graduate students to find suitable positions to satisfy the current taxable income threshold,” Jason said.

“Frankly speaking, this is a great challenge for us who really want to live and work in Australia. Every time I talk with my friends who also want to apply for a new regional visa, they are always complaining about the threshold.

“Without advantages of language and identity, many of us are facing the pressure and feel distressed for our future.”

Tasmania was the first state to open applications and has been inundated with requests. Mr Watt said that’s prompted the island state to raise the bar for state nomination just weeks after setting the criteria.

He said he had been advised that a diploma would no longer be enough to qualify for state sponsorship.

While he supported the push for more migrants to settle regionally he said last-minute changes had created a “state of chaos.”

“That’s just one example of the difficulties for international students in navigating this program that’s run by all these different states, that can stop and change and do whatever they want without any real forewarning.”

A spokesperson for Tasmania’s Department of State Growth said there had been a spike in applications since the process was reopened following the introduction of the new regional visas late in 2019.

“While a diploma still meets the basic requirements for state nomination, the process is highly competitive,” the spokesperson said.

Tasmania expects to issue 2,300 state nominations for the regional visas, in line with the amount offered for similar visas during the previous financial year.

While most states are now accepting applications for state sponsorship, those hoping to move to or stay in NSW will have to wait a little longer.

The NSW Government, which has taken over responsibility for administering the new visas from regional authorities, will not begin accepting nominations until mid-January.

In the lead up to the 2019 federal election, the Coalition announced it would cut the annual permanent residency intake from 190,000 to 160,000 in a bid to ease congestion in the major cities. The change was not opposed by Labor.

Some of the places previously allocated to the Skilled Independent Visa (subclass 189), which replaced the controversial 457 visas in 2018, have now been redirected to the new regional visa stream. 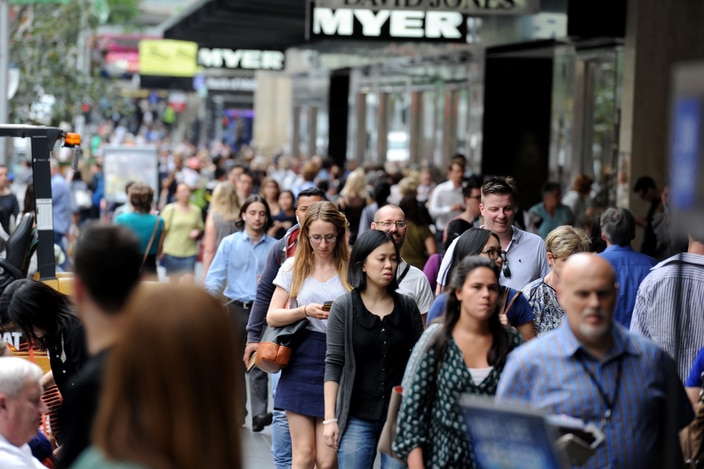 But rather than forcing graduates to leave the country, Mr Watt predicted the number of temporary visa holders would rise as a result of the government’s squeeze on permanent residency, creating an “underclass” in the major cities.

“Having a large number of people with this indefinite status is problematic not only for them, for their employers, it’s also for their friends and family and Australian society in general.”

Migration agents are hoping there will be no more major changes in 2020 unless the adjustments make it easier for migrants to obtain permanent residency.

“This past year has been very difficult for lots of clients, lots of applicants,” Mr Yan said. “They find it so hard if they want to come and settle down in Australia.”

‘State of chaos’: Migrants face uncertain 2020 as regional visa push kicks in
ozcareerau
After a year of tumultuous changes to visa rules, what’s in store for those trying to make Australia home in 2020? International students and skilled migrants are heading into 2020 facing an uncertain future due to a “chaotic” implementation of new regional visas. Migration agents say the impact of the federal government’s latest overhaul of the migration program, including a cut...
451 0

Why Australia's growing number of migrant care workers need more support
ozcareerau
Australia will need to nearly triple its current aged care workforce by 2050 to keep up with demand, but some in the sector say bringing in overseas workers with temporary visa statuses can make them more vulnerable. At the Fronditha Aged Care facility in Newcastle, NSW, Greek personal care worker Despina Zountouridou's bilingualism is highly valued. Despina, who is in...
435 0

Pros and cons of the newly - announced Australian regional visas
ozcareerau
"The two new regional visas that came into effect mid-month open the door for skilled migrants to obtain permanent residence and eventually, citizenship. Learn about some of their advantages and disadvantages." Do you want to live in Australia? The good news is there are two new migration routes, but there’s a catch: you must live and work in a regional...
452 0